Love and procreate, don’t be stopped by age: do not forget the risks

“Biologically speaking, man’s optimum age to conceive a child  is when he is twenty. It was proven that the risk of severe diseases or death in childhood increases in children of more than 45 years old father. Anomalies, autism, epilepsy and heart diseases are typical. The age may be the cause of psychological diagnoses of children,” forewarns the embryologist at the reproductive medicine clinic.

”The healthcare professional confirms the opinion that the sperm does not transmit age-related mutation is definitely outdated. “The studies and researches confirm the older fathers transfer more genetic changes to children than mothers” New mutations related to autism are much more often traced back to father than to mother,” says the professional. The average number of mutation from the father’s side was fifty-five, and only fourteen from mother’s side.

Apart from autism and schizophrenia, the following more often appear in children of older fathers:

SHOULD OLDER MEN BE EXAMINED?

The basic examination of sperm movability, shape, number and potential anomalies is not sufficient. The head of sperm should be tested. Sperm chromatin integrity test will detect any fragmentation of genetic information (DNA) in sperm, if DNA broke.

How can couples proceed, if there is a high risk that their child will be born with a handicap? “Assisted reproduction and donation of sperm can be a solution.”
The question whether a healthy birth of an older man’s child should be considered a small miracle is answered: “I would not call it a miracle as such. Spontaneous miscarriage, premature miscarriage and preeclampsia (damaged placenta cells) are more frequent in female partners of older men. The risk of miscarriage in female partners of 25 year old fathers is eight percent, the risk with thirty-five year old men increases to twenty-four percent. The sperm conditioned by father’s age is to be blamed. “The embryologist concludes by saying: “Love and procreate, don’t be stopped by age, but do not forget the risks.”

Recommendations for older men who dream of parenthood: 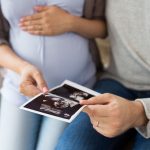 WHO IS A CHILD’S MUM?Uncategorized 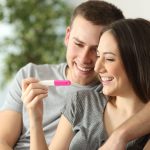